“Twas a full moon that knifed through the leafless Elms. As I walked down the
sidewalk, the shadows quietly moved, practicing looking spooky for the next
evening. The sky was crystal clear even though you could feel the blanket of
cold descending.

Most residents, in this Midwest country town of fifty-six hundred, had gone to
bed, after a day that started with early church, and then munching through the
noon, afternoon, and evening football games. I had napped through the afternoon
game so I could see the Vikings play in the evening game, played on the west coast.
They lost, but it was a good game. We know we’ll beat that coast team when they
have to play in the freezing snow in the Twin Cities. West coast teams just
aren’t built for the cold.

I needed to take a walk to settle my nerves and digest before I went to bed so,
I put on a wool cap, wool jacket, and gloves to fight off the shivers, unlocked
the screen door and stepped out. The moon was so bright, it didn’t feel like
10:30. A fine coating of frost was just beginning to form on everything and it
reflected moon beams into a million billion little sparkles, quietly.

This was good because tomorrow not only brought Monday night football, but was
Halloween. The kids would be able to see as they fanned out across the whole
town to collect their treasure.

I thought a walk to the ice skating rink, that wasn’t frozen yet, and back
seemed about right.

Halfway to the rink, the silence was shattered by the sound of breaking tree
limbs, a screech and a thump. It wasn’t a sidewalk thump; it was an almost
frozen ground thump. I figured an old limb that had become brittle from the
cold and weakened from the weight of the frost, had crashed through other limbs
on its way down. 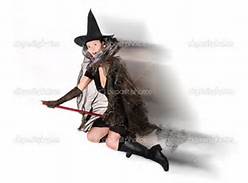 I was partially right. As I approached a dark pile of something lying next to a
good size, shattered tree limb, the dark pile moaned and moved. I quickly
stopped my approach. I wasn’t quite sure what I was getting myself into. A
chalky white face turned toward me out of the dark bundle.

“Hildi,” I exclaimed! “Did you get hit by that limb? Are you O.K.?” I then
approached quickly to help, and she offered up an arm.

“Do you need to go to the hospital? I’ll get my truck and be right back.”

“No, you can’t. I can’t. I’m all right, a little crooked but I’m all right.”
She said as she dusted herself off and put on her pointy hat. Then she picked
up a broom that was broken in two pieces. “I knew this was going to happen some
day! I’m gonna loose my license. I should have practiced out in the country a
little longer, before I came into town. I got started late.”

“What are you talking about Hildi? I can’t make one bit of sense out of
anything your saying. I better take you in!”

“John. Just stop for a second. If you don’t, I’ll have to stop you until you
realize what happened. What do you see?”

I was a little befuddled and confused but managed to spit out, “I see my
neighbor, Hildi the librarian, dressed in black, with a black cape, and a
pointy hat on her head, holding a broken broom.”

She didn’t say a word. She looked at the broom, then to the broken tree limb,
and then up into the tree about twenty feet up where the limb had come from.
Then she looked at me and waited.

I am a good ol’ country Christian widower. I live alone and don’t have to
converse or think fast if I don’t want to. I’d resigned myself to a life of
same ol’, same ol’. This was kind of a shock to my system. My thinker took a
second to get rolling but when it did, and I realized what she was trying to
tell me, my mouth went dry. My eyes must have told her it was time to speak.

She said, “Yes John, tomorrow is Halloween and I was practicing. I only ride
this thing once a year anymore. It’s my sworn duty. Somebody put a new
telephone wire across the street there and I swerved to miss it, misjudged my
speed, and ended up hitting that tree. The branch broke and I ended up here.
Then you came along. Promise me you won’t tell anyone what happened? Sorry
John, I’ve put you in a terrible position.”

I profoundly remarked, “I guess!” scratching the back of my neck and still
trying to digest everything.

She said, “I’ll make it up to you, I promise. What are you doing Tuesday
evening? I’ll be a little busy tomorrow.”

I am telling you, and you can believe it or not, she spun, snapped her fingers
and was gone. I was left standing next to a fallen limb at 10:45 on a Sunday
night, all by myself, and had been talking to …..no one. I did not finish my
walk and went straight home. My solid, predictable world was getting a little
weird.

When Tuesday evening rolled around, I bathed, shaved and put on my best flannel
shirt for no particular reason. I guess I just wanted to. I guess!

Then the doorbell rang and I opened the door. It was our local librarian,
Hildi, with dangly earrings hanging and her hair up. She offered her arm and
told me she was ready to go to the Lantern Inn for “Ribs Night”.
She’s buying!

The way I see it, I only had one choice. I could only say, “I’ll get the
pickup.”