I Am…I Said (left click on the song title) 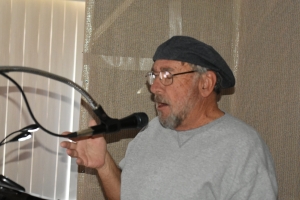 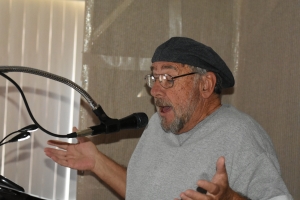 This summer, on my way home from visiting all of my good friends between Tucson and the far corners of South Dakota, I stopped at a rest stop on I-25, above Trinidad, Colorado. It was 8:30 at night, terribly windy with heavy driving rain, and I was tired.

Not wanting to do the expense and formality of a rent, a room, turning on the TV and falling asleep, I had prepared a space in the back of the Trail Blazer for one man to stretch out on a camping cushion, with a pillow, and a warm blanket, in the valley between all of my stuff.

After having been cooped up in a house, doing housework, 3 Chihuahua’s and all the stuff going on in the world for a couple of years, I lay down in that space with the rain tapping on the roof, safe, the wind rocking my nest, and slept the sleep of a Weary Traveler for the next six hours. What a great feeling.

Then, trained as I am, I poured myself back into the driver’s seat, fueled up at the first place I found, and took myself home, refreshed and excited without question.

The rest, so hard to explain.

Ace In The Hole (left click on the song title)

The Tip of My Fingers (left click on the song title) 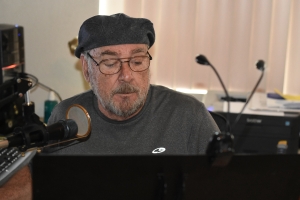 There is so much amazing BS on all stations today. So many words all come down to a correction of honesty. Physics has its rules, nature has her rules, and both are messed with by humans, but always coming back to the rules that succeed.

Now, I’m only throwing this out there, but God doesn’t forsake one party for another! Therefore, this is humans making a correction against other humans, and dishonesty can only be carried as long as it can keep up the charade. Honesty eventually wins because sooner or later, what doesn’t work is overwhelmed by what does work.

So, give me a break and admit that this is a great human adjustment toward honesty and human truthful advancement taking the power flowing toward a few and spreading it back out to the people doing the work and the forward thinking.

Soldiers are not only soldiers when we need someone to fire a bullet at the enemy.

Soldiers come in all sizes and ages and when irritated to the point of having to fight to bring it all back to the center, they fight! Success can’t allow anything less. We have moved back to opportunity.

The Obamanation in power was tolerated because of our society, but could not be allowed to advance to the next points to the negative. We are done, had enough, and are about to fix it.

These, our soldiers have done this!

Humans, given enough rope to descend, will descend, because it’s easy when there are enough to hold the rope for them. We’ve removed the rope holders, and those descending have fallen.

Now…… forward and up.

It’s much more difficult and a continuing effort, sweat, creativity, and discovery. Do not hold the rope for those that want to take the easy road.

And, one more thing! We are dragging many along with us, those that don’t go forward easily. It is our nature. It’s a good thing as it gives the opportunity for the strongest of them to join the forward march on their own.

I am sorry, but I’m not apologetic to those that cannot find the way to not be a burden. As their numbers grow, their sheer weight makes them disconnect and fall to the side and this was a huge disconnection.

Get it! I just told you………… pick yourself up, use the crutches offered if you need them, and take the positive opportunity we are presenting to you, journey with us or fall to the side.

One For My Baby (left click on the song title)